Why Not Drink to That?: A History of the Viking Distillery 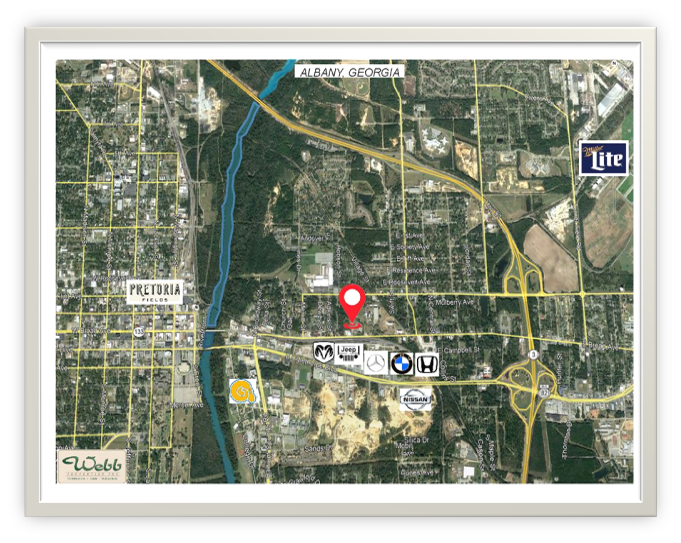 Manufacturing has always been the foundation of Albany’s economy. While it is easy to associate the South with being more agriculturally based, Albany has historically been an outlier for how much industry plays a role in its day-to-day life. One of the industrial sectors that has proliferated is the industry of brewing Spirits. With brands such as the Miller Brewing Company being one of Albany’s largest employers and the new Pretoria Fields bringing fresh homegrown brew to Down Town Albany. But did you know that before Miller PF, there was another brewing company that made history here? That company was The Viking Distillery. 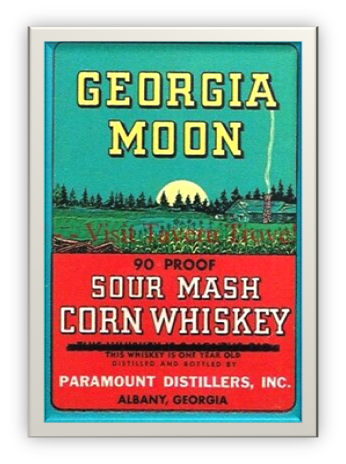 The company was established in 1939 along the east Bank of the Flint River along Broad Avenue under the name Paramount Distillers. Coming off the end of prohibition, Paramount Distillers was the first legal distillery that ever opened in the state of Georgia. By the end of the 30s, they were one of two legal distilleries in the State. Most of the liquors they produced were brandies, gins and whiskeys and were known for being immensely powerful stuff.

Paramount Distillers continued throughout the 40s and 50s producing alcohol for consumption as well for farming and industrial purposes. By 1957, it had changed its name to The Viking Distillery, Inc. Around that time, the company had attracted the attention of the famous New England distillery Mr. Boston, known for both its production of spirits as well as its famous Mr. Boston Official Bartender’s Guide.

In 1962, Mr. Boston purchased the Viking Distillery. This gave the Viking Distillery enough money to build a larger brewery on 1101 East Broad Avenue the very next year. This was a prime location as it was on the grounds of two aquifer wells that pumped around 200,000 gallons of water daily, which was perfect for the brewery. 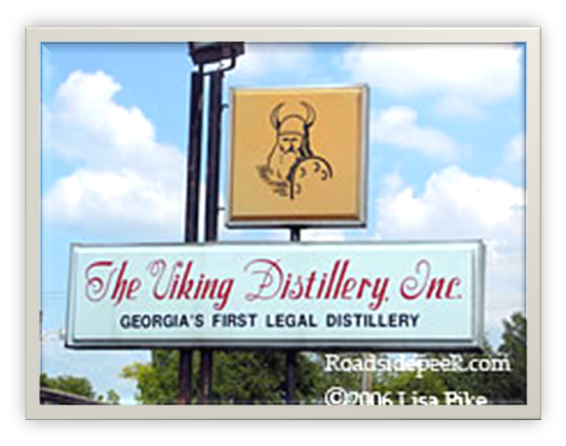 For the next few decades, Viking Distillery chugged on even after they began to have stiffer competition from the Miller Plant that was built in 1980. They even held on when Scottish company United Distillers acquired Glenmore in 1991. However, big changes were on the way when, in 1995, United Distillers sold the Mr. Boston labels and the Viking Distillery to the historic Barton Brands. This gave the distillery new life as a place to produce historic brands of bourbon and gin.

Sadly, this stability was not going to last. The Viking Distillery ended up being bought by a South American investment firm called Lacex-USA Inc. in 2006. Looking to make a quick buck off of the now historic brewery, they ended up over-financing it while also putting it under poor management. So it was no surprise that when the 2008 recession began, the Viking Distillery was one of the first casualties. After struggling to reposition the facility for a couple of years in order to sale, the original still fell prey to copper and metal thieves and was rendered useless as a spirits distillery. Lacex-USA Inc finally sold it at a loss in late October that year and within the next few years, the distillery itself was demolished leaving only the two 10,000 SF warehouses.

Albany’s brewing spirit lives on through the Miller Plant and smaller, independent breweries like Pretoria Fields. But that doesn’t mean that the place at 1101 E. Broad Avenue, just across the tracks from BMW, Mercedes and Jeep, where The Viking Distillery once stood should go to waste. History has shown us the distillery stood there strong for almost four decades thanks to its proximity to the railroad, its bountiful on-site Floridian aquifer wells and its recognizable brand name sign that sat outside its gates.

This property is the ideal set up for not just a new brewery, but any business in the fields of industry or horticulture with 2 x 10,000 square foot warehouses. What do you think should go here?