Georgia might be known as “The Peach State” to many people both inside and outside the state. But here in the Albany-Leesburg area, we’ve always saw ourselves more as pecan country. Rows upon rows of pecan groves have become staples of Southwest Georgia’s landscape and have defined the area’s economy for generations. ($401,000,000.00 Georgia farm gate value 2018 source: USDA) But the question is: how did it get that way? 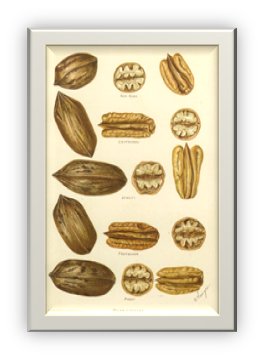 The only major tree nut that is native to North America, the pecan was widely used by pre-colonial natives. They were readily available, easy to shell and were still edible when found on the ground. Native Americans even cultivated orchards devoted to the pecan tree. The nut was also a favorite food of George Washington. He too cultivated an orchard of pecans or, as they were known in Colonial Days, the “Illinois nut”.

But an interesting fact about pecan growing was that pecan trees mostly grew around the Mississippi River and East Texas. They were not native to Georgia. The pecan would not take off as Southwest Georgia’s crop of choice until the end of the Civil War. At the time, a handful of poor farmers were looking for an alternative to cotton and an alternative to slave labor. They found that pecans thrived in the moist, nutrient-rich soil of South Georgia. By 1900, real estate developers using a syndicated marketing scheme sold thousands acres of pecan orchards in fractional interest shares around the city of Albany. At that time, the marketing to northern investors helped local farmland prices bring around $1,000 an acre. It was the dawning moment that marked the pecan’s cash crop dominance in Southwest Georgia. 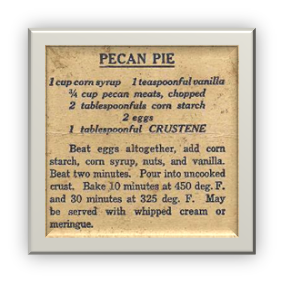 Throughout the 20th century, the pecan industry grew rapidly. Farmers readily embraced new farming techniques that helped produce higher yields, cut down labor cost and produced more and more quality pecans. In the 1930s, pecan pie became a popular dessert and was associated closely with the cuisine of the Southern Culture of rural Georgia 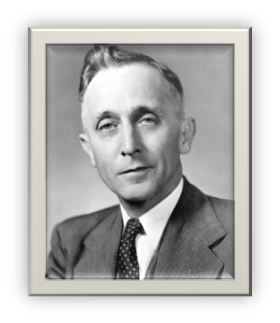 Around that same time, “Populist” United States Representative from Georgia and Lee County native Elijah Lewis “Tic” Forrester, A “Dixiecrat” used his friendship with President Franklin Delino Roosevelt to secure and continue funding that helped clean up and drain forest to establish more farmland around the Lee County and Albany area as a part of the “New Deal” policies. The WPA set up work projects all around rural America. A move that gave people jobs and greatly helped a depressed society stimulate the economy that pulled the Country out of the “Great Depression”. The Lee County area flourish with the new found industry and orchards started sprouting up all around “Tic’s Homeplace”, which was situated along the railroad tracks just east of US Route 19 in South Lee County.

Fast-forward to 1999. With growth and urban sprawl coming out of Albany, it soon became necessary to connect the east and west sides of Lee County to the recently completed four lane highway US 19. As the road was built, it transverse through the orchards that had once surrounded Forrester’s land. To honor the former Congressman for all his hard work helping build Lee County’s economy, the road was christened “Forrester Parkway”.

Nearly a century later, the Southwest Georgia pecan industry has become the bedrock and most steadfast, growing agricultural venture in the state. In 2015, it was reported that 37 percent of all pecans grown in the United States, a nation that accounts for more than half the world’s pecan production, comes from the Albany-Leesburg area. Even after Hurricane Michael nearly devastated the groves in 2018-19, the pecan industry managed to bounce back and is showing early signs of a record crop in 2020. The little nut has a bright future ahead in international trade as a healthy “ready to” eat food source. 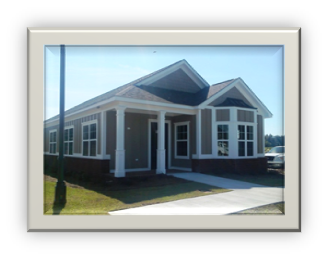 By design, Forrester Parkway has indeed provided easy access to the center of the County. With traffic converging at the intersection of US 19 and Forrester’s Parkway, the historical pecan groves are still producing some of the best crops ever. But in the process, a new economy has emerged, a traffic node, appropriately called “Forrester Crossing”. It’s a Hot location built on a Community with a great quality of life, friendly business environment and a nationally recognized education system. Why it’s no wonder that so many businesses are choosing to move and set up around these orchard. A Publix, a Chic-Fil-A and a CVS, just to name a few, are thriving at this all important corner location. And it is still growing with a new Dollar General Store, warehouses and a soon to be announced internet fulfillment center and retail facility. The future is bright and the time is Right. With many choosing to set up their small family businesses at the Forrester Crossing Business Park, how can we help you realize your businesses potential? 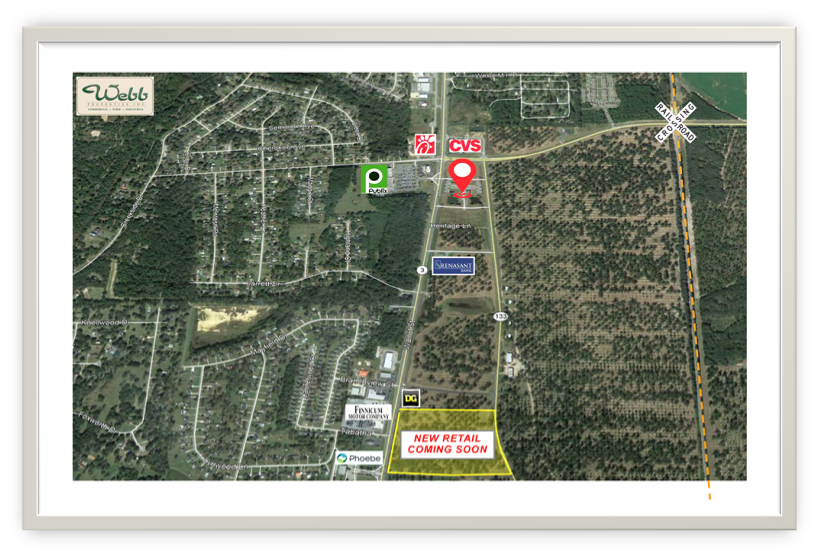