Will Downtown Albany ever be the place to be again? 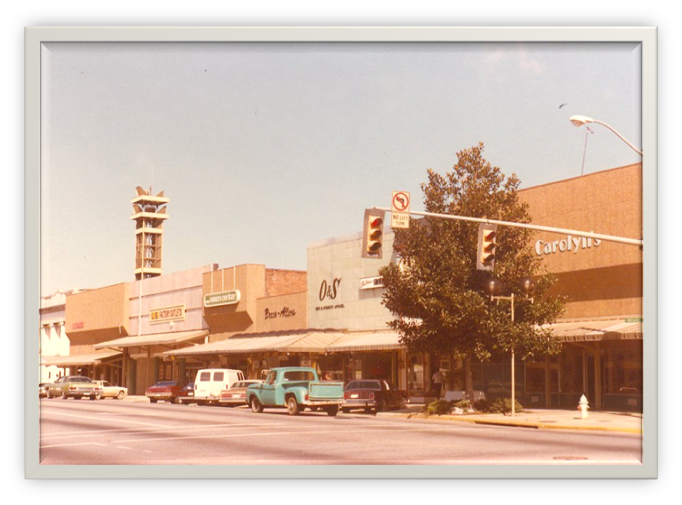 For the past almost 45 years, the Albany Mall has been the retail hub of Southwest Georgia. Existing as de facto epicenter of Albany, Georgia; the mall and its surrounding area have been the prime place where businesses both local and national come to set up shop. This is due in most part that the Mall is in the center of a growing population, high household incomes and thus high-traffic of the city. 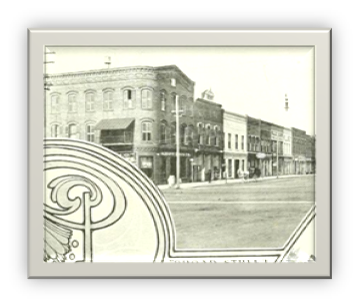 But if you look back into history, it wasn’t always like this. Before the mall, the economic epicenter was three streets: Broad Ave, Pine Ave and Oglethorpe Blvd running through the heart of downtown Albany. Together, these streets formed the backbone of retail shopping and were the economic centerpiece for the city and surrounding communities for many decades. 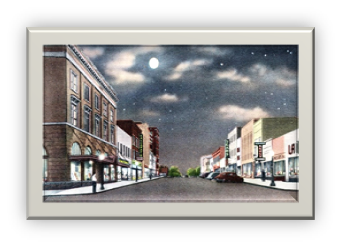 It all started with Broad Avenue. At the turn of the 20th century, when the Southern economy moved away from the outdated plantation model to industrialization and manufacturing, Broad became the place for local businesses to set up shop. Bridging the Flint River and being situated around the courthouse and the post office, Broad was a high traffic area so it made sense that it became Albany’s “main” street. The same goes for Pine. Pine, like Broad, was also situated near the river and was the address of many important city locations such as City Hall and the historic New Albany Hotel.

But it wouldn’t become the classic downtown until the advent of the economic boom of post-WW2 America. With a peacetime economy driving growth, along with the construction of the Turner Air Force Base and the Marine Corps Logistics Base bringing in numerous servicemen to the area, Albany’s Downtown established itself as the retail center for all surrounding communities. 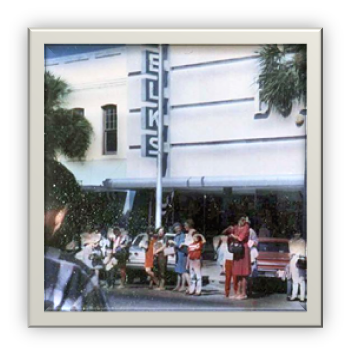 Between the late 40s to 50s, small, local businesses and national retail brands alike took root on Broad and Pine. On Broad Avenue, you had stores such as the Morrow-Cook Furniture Co., Carolyn’s and, the national retailer Belk’s, which the building still stands to this day, but vacant. As growth westward happened in the 60’s, the Midtown Mall was developed and became the west end retail hub. Fronting the famous high traffic street of "Slappey Drive”, the area surrounding mid-town flourished. Meanwhile back downtown on Pine Avenue, Rosenberg’s, Churchwell’s and the Sears Roebuck Building supported local shopping and anchored the area as the place to be and be seen while walking the wide sidewalks of the City center.

Bridging the Flint River, and pulling in businesses, was Oglethorpe Boulevard. Being a direct connect to the Marine Corps Base and Turner Air Field, it was obvious why it was so successful with retailers like Rose’s and many Mom and Pops shops, but it really was the place for fun and entertainment. Through the 60s and 70s, Oglethorpe became the location of many motels, bars, and restaurants such as the Cubbyhole and the historic Oglethorpe Lounge. Providing travelers a welcome place to stay during their travels to do business in the area.

But things started to change come the 70s. Starting in 1973, a recession hit the country. Combined with the oil crisis, this caused changes in consumer behavior and shopping habits. People did not want to travel from the suburbs all the way to downtown. They wanted the stores to come to them. Businesses began to feel that in their bottom line and started to build newer, more modern stores closer to the residential areas where people with high and more disposal incomes lived.

One of the first signs of things to come was the grand opening of Albany’s first big box store K-Mart, which opened in 1974 on Dawson Road. This made it a lot easier for residents to travel to stores as Dawson was situated around residential areas. There was no need to travel all the way to Broad, Pine and Oglethorpe to go shopping. 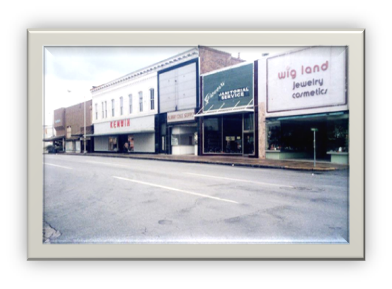 But the biggest blow came when the Albany Mall opened in 1976. Many local and national retail stores set up their businesses there immediately, while big companies like Belks and Sears moved from Downtown to the Albany Mall. All the businesses that set up in and around the Albany Mall were rewarded thanks to the increased traffic in the area. But consequently, traffic to Broad, Pine and Oglethorpe soon decreased.

The Albany Mall created a deflating effect on Downtown. Businesses soon moved towards that area by moving from Broad, Pine and Oglethorpe to Dawson, Slappey and Westover. And the businesses that couldn’t afford to move their location, would soon find themselves going under thanks to reduced traffic. By the late 80s, most of the storefronts that once stood proudly on Broad, Pine and Oglethorpe stood vacant and would wind up getting demolished in a vast revitalization effort.

So, it just goes to show you that location has always mattered for real estate. The first stores in Albany set up along the river because that’s where the most traffic was. But once traffic began moving toward the suburbs, that’s when stores began to open around that area and not downtown. That’s how the Albany Mall became the economic center of the city.

But will that last? Tune in for Part 2.