Carmike 8: A History of Midtown Albany’s Most Successful Venture 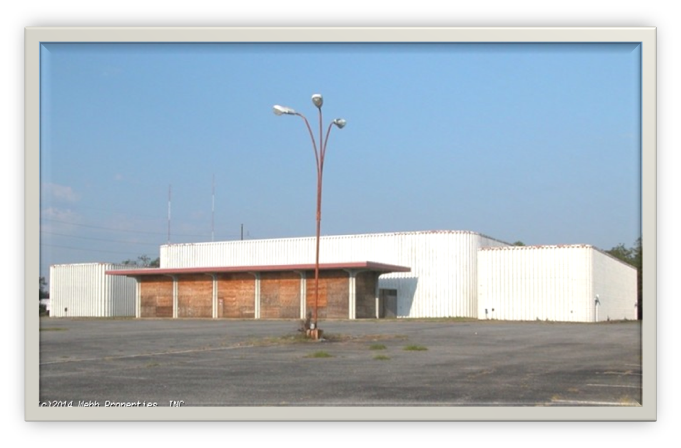 Midtown Albany is a high-traffic area with access to Dawson Road, Gillionville Road and North Slappey Boulevard. So why is no one taking advantage of such a great location?

Midtown Albany is an exceptional location that not only will allow a commercial business to flourish, but also any surrounding businesses in the future. And history has proven this. Look no further than Midtown Albany’s former crown jewel: the Carmike 8. 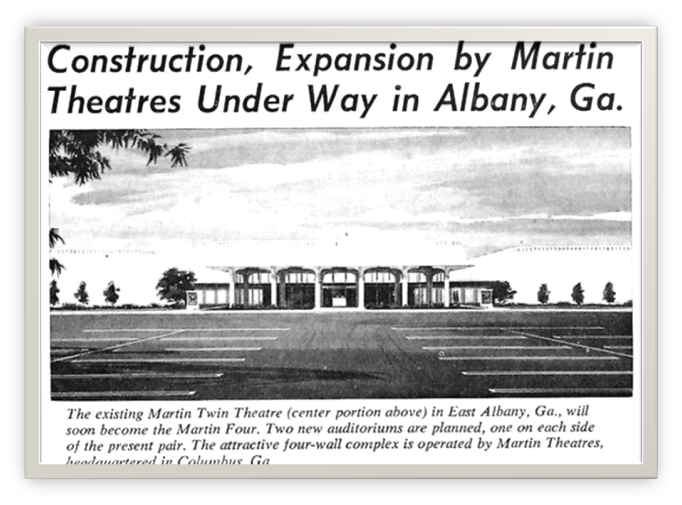 Construction on the theater began in 1967 and was completed in 1969 when it opened as the Martin Twin Theater. That same year, Martin Theaters CEO Roy Martin Jr. sold the Columbus-based theater company to Atlanta business tycoon J.B. Fuqua to the tune of $30 million.

While Fuqua wasn’t too interested in the theaters, Martin executive Carl L. Patrick Sr. took an active role in helping focus Martin Theaters’ operations towards small-sized cities and improving their theaters. In 1974, with Albany’s booming economy, the Martin Twin Theater was expanded from two screens to four screens, becoming the Martin Four. From the 70s to early 80s, the Martin Four was the dominant movie theater of the Southwest Georgia region.

By 1982, Patrick Sr. had earned enough money to purchase Martin Theaters from Fuqua and set up his own business: Carmike Cinemas. By 1984, Albany’s Martin Four not only rebranded to Carmike, but also got a huge upgrade with four more 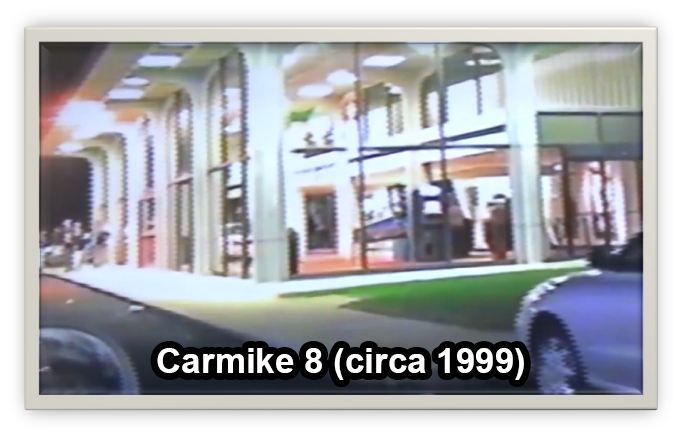 additional screens. Thus, rebranding it as the Carmike 8 to support a growing demand. 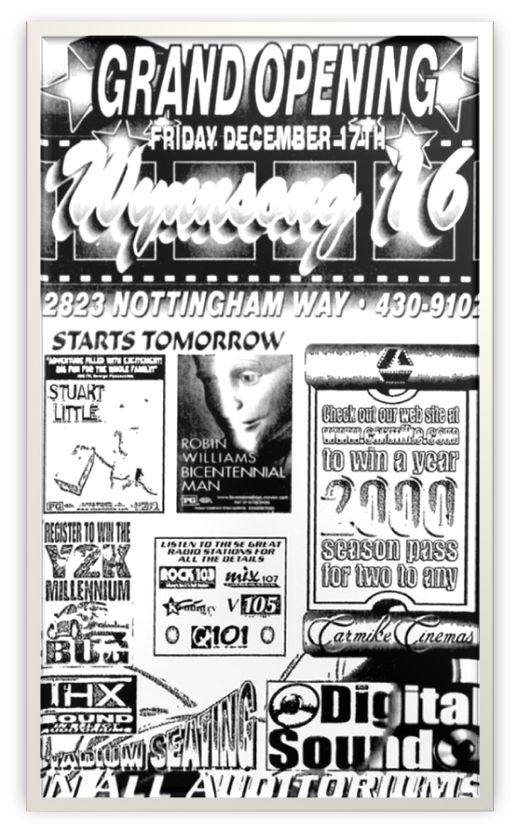 For the rest of the 80s and the 90s, the Carmike 8 was the anchor and the heart of Midtown Albany alongside chains such as C&S bank and Harvey’s Supermarket as well as local businesses like Owen’s Sporting Goods. Carmike’s status of being the fastest growing theater chain in the 90s also helped the theater maintain a competitive edge over the competing Georgia 7 in East Albany.

However, changes were around the corner. Even with the improvements over the years, the Carmike was feeling the age after nearly 30 years of operation. On December 17, 1999, the newly constructed Carmike-Wynnsong 16 (now the AMC Classic 16) held its grand opening. The changes 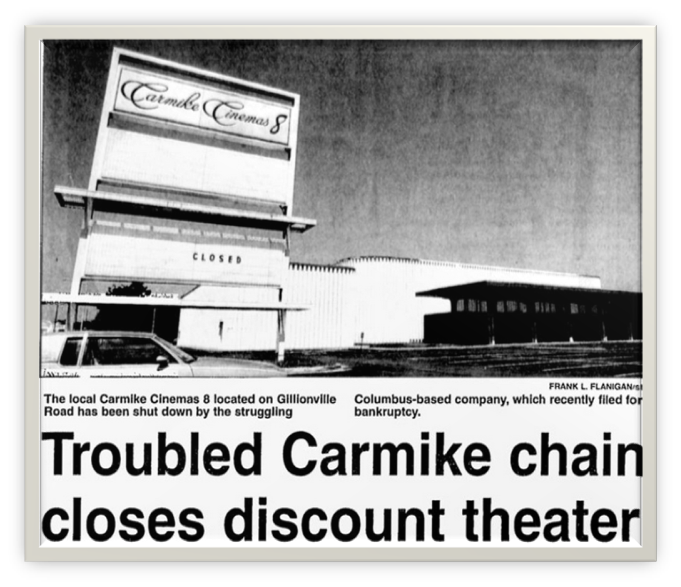 were immediate as the Georgia 7 was shut down and the Carmike 8 became a discount, second-run theater. But that too, would not last long.

The next year, Carmike Cinemas filed for Chapter 11 bankruptcy protection after over-stretching their finances in the 90s. This would lead to a scaling back of resources to keep the company afloat, thus necessitating the shuttering of discount theaters operating under their name. The Carmike 8 officially closed down on August 14, 2000.

With the Carmike shuttered, traffic to Midtown Albany began to taper off. Owen’s Sporting Good moved locations in 2002, while Bank of America (C&S Bank’s replacement) and Harvey’s would shutter their locations within the next few years.

The Carmike 8 was built in the dead center of Albany with easy access to all points of the community. So much so that surrounding businesses benefited greatly. But when the theater shut down, it created a domino effect that affected the surrounding businesses. But what is to say that history can’t repeat itself? What is stopping someone from establishing a hot commercial venture such as a drive-in theater that every demographic of Albany can use? What is stopping someone from having a successful venture that drives businesses back to that city block?

History has shown that Midtown Albany is prime real estate with high traffic from every direction and densely populated great for business. Will your business venture become a part of that history? Bring us your ideas and allow us to try to make it fit into our proposed master plan. 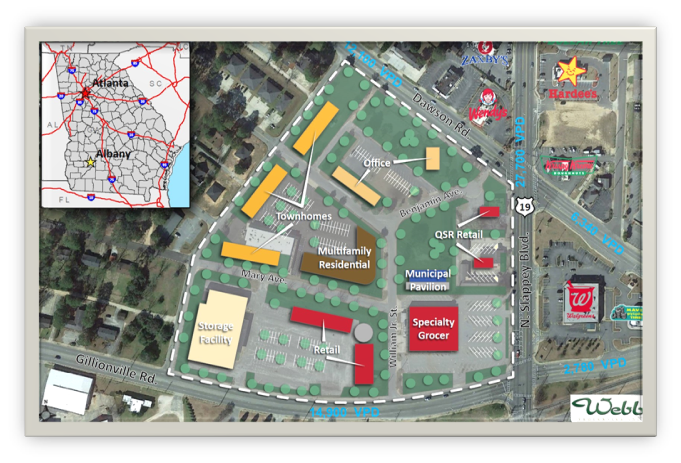