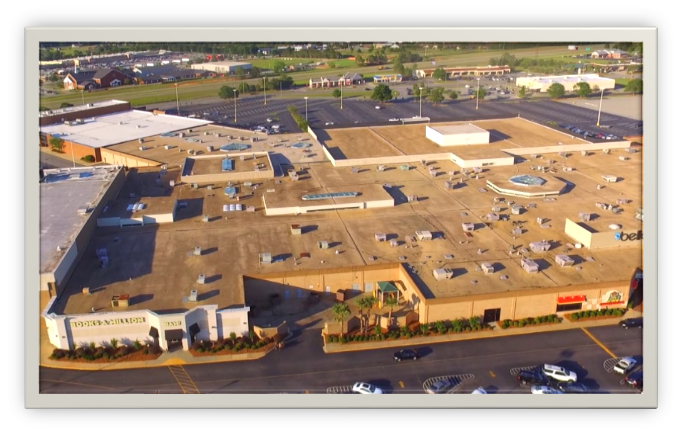 On October 19, 1972, Alabama-based realty company, Aronov Realty, was granted permission to construct a regional indoor shopping mall on an old cow pasture on the corner of Stuart Avenue and Dawson Road in Dougherty County, Georgia. It was the perfect location as it was situated in a growing part of Albany that was boasting about having new condominiums under construction and a private school (Deerfield-Windsor) adding to their recently acquired greenfield campus next to the planned “Liberty Expressway”. The Albany Mall project was highly anticipated by the city. Faced with a struggling economy, fuel shortages, and the closing of the Naval Air Station, locals hoped that the new mall would help bring much-needed economic growth. . 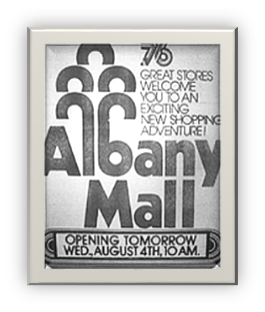 A ground-breaking was held on August 1974 with the Dougherty County commission and representatives from Aronov, Belk-Hagins, Gayfers and Sears in attendance. Two years later, the mall would open on August 4, 1976 with a bicentennial themed ceremony. It was flanked by four anchor stores: Sears, Belk, the locally owned Rosenberg’s and Gayfers (later Dillards). The mall would later see itself greatly renovated in 1988 with the addition of the JCPenney anchor store and wing. This would see the mall expand from a 75,000 sq. ft. shopping center to a 106,174 sq. ft. one with 106 retail stores.

By the 90s, the Albany Mall had established itself as the economical and communal city center of Albany. National retailers flocked to the Albany Mall and the surrounding area. High-profile stores such as Victoria’s Secret, Toys R Us, Lowes, and Foot Locker began to establish themselves either in or around the shopping center. In a 2000 survey, the Albany Mall got around 140,000 visitors a week, with massive increases during the holidays. 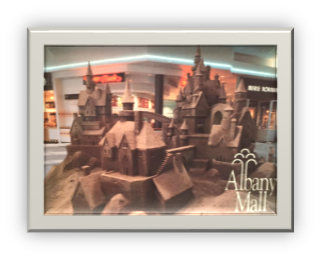 But then things began to change. By the 2000s, consumer habits began to shift with people preferring to shop in outdoor lifestyle centers, discount big box stores, or using a new invention called “online shopping”. But the Albany Mall was doing well enough to still be able to attract retailers such as Old Navy, FYE, and Books-a-Million. However, the city of Albany would see significant losses in industry with the closings of Bob’s Candies, Merck and Cooper Tire in the mid-to-late 2000’s. The job losses that came with those closures, combined with the 2008 recession, would end up having a ripple effect that would hit the mall sooner or later.

The Albany Mall wasn’t initially affected by the Great Recession. In fact, at the start of the 2010s, it was making enough money to fund much-needed renovations. But by 2012, effects were finally felt with numerous long-time tenants closing their doors. Between 2012 to 2014, the Albany Mall lost Babbages, Oxford Street, Jacket Junction, Sugar Shack, Sunset Grill, Hallmark, Gap and Sbarro. The effects would be felt outside the Albany Mall as surrounding stores such as Circuit City, Office Max, and Toys R Us would all eventually close their doors during the decade. 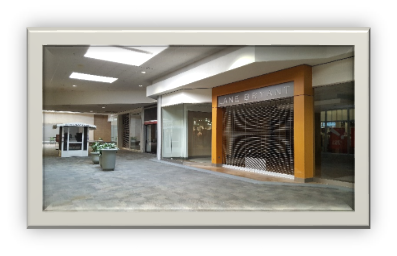 Today, the Albany Mall faces an uncertain future. The rise of Amazon and e-commerce has put all physical retail in a difficult position. The past couple of years has seen the loss of longtime mall mainstays such as FYE, Radio Shack and one of its opening day anchor stores, Sears. And with the COVID-19 outbreak affecting retail, other popular retail stores such as Victoria’s Secret, Lane Bryant, and Men’s Wearhouse have had to close shop permanently. The anchor stores also haven’t fared well as the failure to adapt to the online marketplace has left stores like JCPenney and Belk in a dire position. As of 2020, at least a third of the Albany Mall’s storefronts have been left vacant.

It’s not all bad though. Even with COVID-19, the Albany Mall still brings in several visitors each week, thanks to its location and communal setting. There are also national retailers that are still doing good business such as Bath & Body Works, American Eagle and Books-a-Million, which many people see as the best entrance to the mall. Even some local businesses such as Southfitters and the long-standing Pets-n-Pals do well because they provide unique services that no one can get anywhere else.

So, how do we fix the Albany Mall? Recent news stated that Amazon has plans to turn ailing department stores into distribution and fulfillment centers. Another possible avenue is revamping the Albany Mall into a lifestyle center with emphasis on a luxury shopping experience. There are already possible plans to turn the Sears building into an multi family tax credit project or an outdoor park or warehouse distribution. Whatever the case may become for the Ole Mall, the solution must center around adapting to a forever changing retail landscape to fulfilling a great customer experience and at the same time delivery of convenient cheap consumer goods. Not an easy task given the fact none of these real world variables have very little in common, but never underestimate the market forces… Stay tune more to come.

How would you help bring life back to the Albany Mall? What would you like to see come to Downtown Albany?